Crypto & Web3 Innovation Services: Where the trend is heading 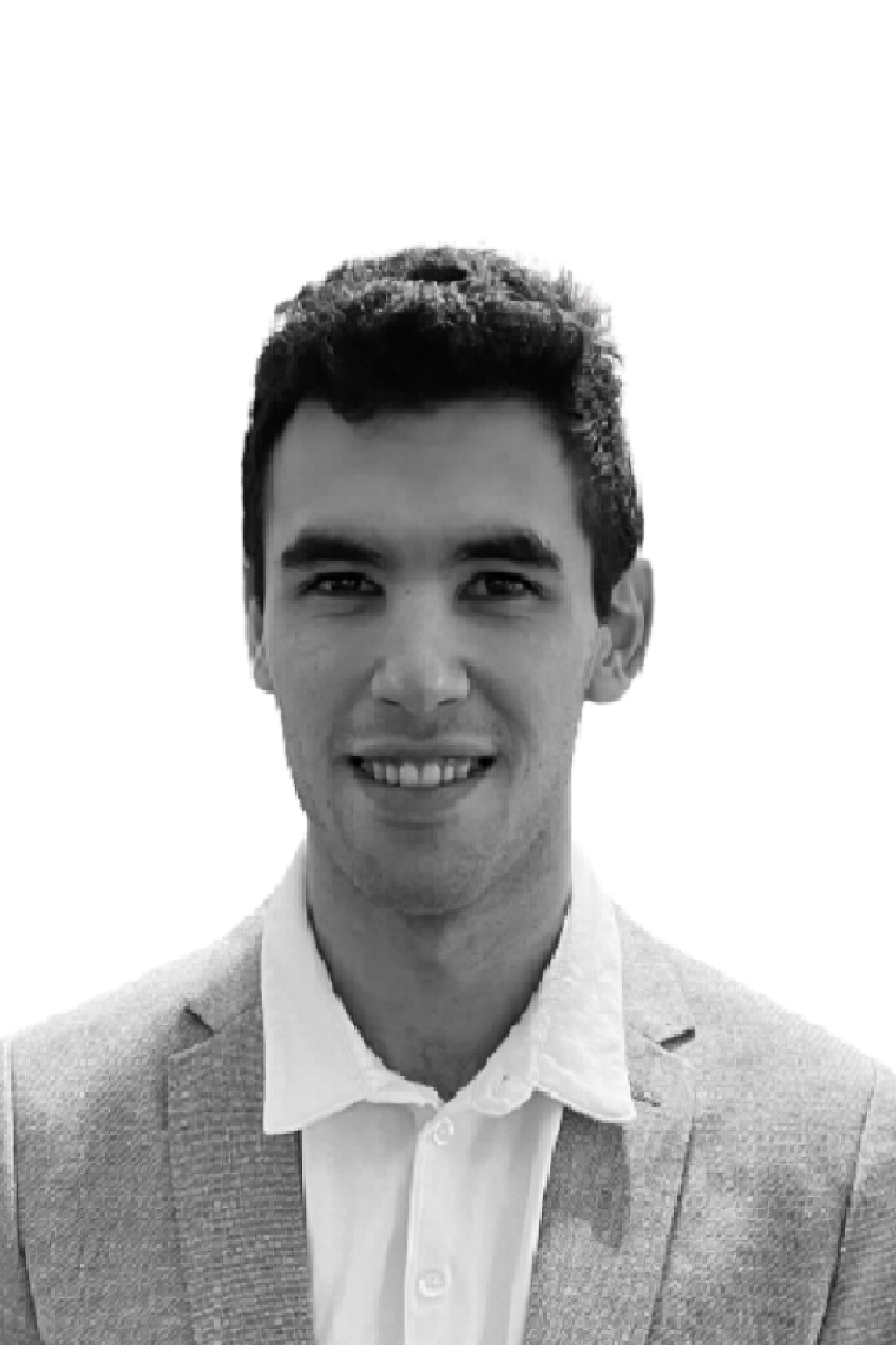 In alignment with the development of ideas and protocols within the crypto space, the number of crypto & web3 services expands and grows increasingly more innovative. These products are awarded to all users, not only institutions, resulting in increased liquidity in the market, and giving rise to additional services. Such offerings extend to the tokenisation of real-world assets, private voting mechanisms, blockchain-based identities and more. Every new idea sets standards in this nascent space, thus giving developers a stronger incentive to innovate: the possibility to cement their legacy in the cryptoverse.

Although NFTs have been primarily popularised and adopted as profile pictures as well as digital art, this disruptive technology can additionally allow for the tokenisation of real-world items. NFTs provided a means for individuals to own information and objects on the internet. This has led to a thesis regarding traditional financial assets and physical items to be verifiably represented on the blockchain. Resultantly, private equity firms like KKR & Co as well as Hamilton Lane began collaborating with tokenisation projects to increase the accessibility and transparency of their funds. Similarly, the Australian Stock Exchange (ASX) has partnered with Zerocap to begin using their Synfini platform to tokenise a multitude of illiquid products, including bonds, property, carbon credits and more.

Further, unlike their real-world counterparts, tokenised assets can leverage a disruptive feature of blockchains; their efficient finality. Finality is the point at which users’ transactions have been finalised on-chain. The period until finality has been reached can range from 2-3 seconds for Cosmos and 5 minutes for Ethereum, to roughly 1 hour for Bitcoin. Moreover, the tokenised asset can be transferred with extreme ease through the blockchain. Comparatively, transferring ownership of assets like real estate and vehicles can be exorbitantly time-consuming and arduous.

Additionally, tokenising these objects and equities as NFTs has led to the possibility of a fractionalisation service. For instance, on the Ethereum blockchain, an ERC-721 contract, which allows for the creation of NFTs, can be fractionalised and transformed into tokens similar to ERC-20 contracts. Fractionalised real estate can substantially lower the barriers of entry for retail investors, elevating the liquidity of the market. Likewise, by owning a portion of a tokenised fund that has an expensive minimum entry when investing with fiat currencies, smaller investors will receive access to more profitable financial instruments.

The Creation of Advanced Financial Strategies

Unlike what would occur in the traditional finance world, all forms of investors, including retail traders, have the opportunity to access and utilise on-chain financial instruments. Already, the development and launching of projects which offer vaults that leverage these strategies have begun.

Ribbon and Opyn are two such protocols that enable users to leverage and build with structured products. These platforms utilise DeFi options and lending to create various types of vaults to provide individuals with yield. DeFi Option Vaults (DOVs) are the most adopted product in their sector, evident via the US$ 72.8 million locked in the Ribbon Finance protocol. Users can leverage Ribbon’s offerings, including their Put-Selling and Writing Covered Calls DOVs. Beyond this, more sophisticated traders can make use of DeFi structured products to develop their own strategies. For instance, many have begun creating Fixed-Yield Products (FYPs), strategies that are seeking to generate reliable, stable yields over time, through DeFi offerings.

Although the United States’ Treasury blacklisting of the popular crypto mixer, Tornado Cash, has drawn into question whether blockchain users receive the right to privacy, the intersection of cryptocurrencies with zero-knowledge cryptography has heralded the dawn of new levels of remaining incognito. First conceived by Shafi Goldwasser, Silvio Micali and Charles Rackoff in their paper “The Knowledge Complexity of Interactive Proof-Systems”, zero-knowledge (ZK) allows for interactive proofs that prove a certain truth without revealing any information about the truth itself.

This revolutionary technology has been adopted in the Ethereum roadmap in the form of ZK rollups, which scales the layer 1 by taking transactions off the main chain whilst leveraging Ethereum’s security when pushing proofs of the transactions onto the blockchain once said ZK proof has been created. As well as being used to scale Ethereum, ZK can be adopted as a voting service for governance. If an individual is presented with 2 options and instructed to vote 1 and 0, respectively for the option they most strongly favour an alternative option. To verify the legitimacy of the vote without actually knowing who the entity voted for, one could determine whether both inputs were either a 0 or a 1. Consequently, the verifier could add up the votes. If the summation of the votes is 1, the individual successfully voted for a single option. On the other hand, if the votes add to 2 or 0, either both options were voted for or none of them. This ZK proof can relieve stress that third parties are tracking and storing individuals’ votes given that at no instance is the specific vote ever known.

Evidently, crypto-based services and primitives, like ZK proofs can have real-world usages which promote privacy. Voting is one such example that benefits from ZK cryptography. These proofs can relieve potential concerns about an individual’s political and ideological views being revealed and used against them.

Web2 is premised on the idea of users being both consumers and producers of content; hence it is known as the read-and-write web. This era has given rise to a Cambrian explosion of social media applications, including Twitter, Facebook, Instagram and many more. Web3 builds on Web2 by offering ownership for users; hence, it is known as the read, write and own web. In this context, social media is facing a foundational upgrade with web3 as platform users, for the first time, can own their data, social graph and online identity. Accordingly, the possibility of companies storing one’s data does not exist on decentralised social media platforms.

Development of these platforms has already begun. Similarly, decentralised social media platforms have endured meaningful adoption throughout 2022. Launched in the middle of May, 2022, Lens Protocol has become the dominant project building in this space. Developed by the creators of Aave, Lens Protocol is a Polygon-based project that provides its users with their own composable and fully owned web3 social graph. This concept of allowing users to retain control of their online social graph stimulates portability between platforms whereby one’s profile, friends and content are no longer locked to a single network. Despite the recent launch of Lens Protocol, over 85k profiles have been minted with a total of 344k posts currently existing on the platform.

As well as web3 bestowing users with the capacity to own their own social graph, blockchain technology has the ability to give individuals ownership over their identity. NFTs provide users with the means to officially and irrefutably establish control over their digital identity. Likewise to how a verifiable proof of identity is needed in the real world for individuals to access various services, web3 can benefit from decentralised identity services.

The possibility of decentralised, blockchain-native identities, manifested itself in Ethereum’s Vitalik Buterin co-writing a paper on Soulbound Tokens (SBTs), titled “Decentralised Society: Finding Web3’s Soul”. Soulbound tokens are non-transferable tokens that are sent to an individual’s wallet; the amalgamation of these tokens creating one’s identity. Notably, though SBTs cannot be transferred, the issuer can revoke them at their discretion. This means that users can use an SBT for a period of time until a task is completed, at which point it will be revoked.

This service has the capacity to advance the DeFi space through uncollateralised lending given irreversible consequences that may now exist with respect to crypto on-chain identities. Verifiable identities allow for the creation of a reputation-based lending model whereby one can take out an uncollateralised loan based on their on-chain, decentralised “social score”. SBTs can also create consequences for pseudonymous users without revealing their real-world identities.

Moreover, a comprehensive SBT that receives mainstream adoption has the potential to stimulate further development in the sector of web3 services. If protocols and institutions add compatibility features with SBTs, it is likely that more companies consider the functionality of issuing NFTs to be part of their users’ decentralised identities. Consequently, more services will move into the web3 space. It is likely that more universities begin offering lectures and tutorials on metaverse platforms with students’ attendance verifiable via their SBT. Already, the University of Nicosia has released a fully on-chain university course; features like exams, assignments and submissions are done on the blockchain. Graduates receive a certificate in NFT form for completing their course; this is then attached to their SBT for others to see and verify.

Irrespective of the many narratives and services currently being developed in the web3 space, additional long-term use cases for blockchain technology are constantly being formed. With decentralised social media platforms gaining adoption, the future narrative of the financialisation of social media is becoming more foreseeable. This will begin with the possibility of individuals selling their data and profiting off their engagement with the platform.

Moreover, DeFi will continue to evolve with time; DeFi platforms will develop more products that are compatible with real-world assets. This might see individuals capable of taking out loans on DeFi protocols via the collateralisation of tokenised real estate they own.

In addition, the emergence of the crypto space renders it a sandbox-like environment where ideas can be simulated and tested. Another idea likely to benefit from waves of innovation in the web3 world is governance. As the focus shifts back to the ethos of crypto that surrounds giving power to the users, novel and more effective governance models will be designed and implemented.

Ultimately, services in the web3 space are gradually moving away from solely focusing on the crypto community and towards the general populace with advantageous use cases and ideas. Evidently, decentralisation through blockchain technology has the potential to democratise various product offerings, including identity, social media and more.

The web3 and cryptocurrency ecosystems are replete with some of the most innovative and creative developers, hence, services in these areas are evolving at an exponential pace. Although various future narratives can be envisioned and articulated, innovation is and will remain unfettered. As a result, the crypto space is primed to continue to create novel mechanisms in sectors that few currently perceive to be feasible.